I was asked a few times from friends and William Lam from virtuallyghetto collects how HomeLabs from the community looks like, so I thought I’m just going ahead writing a "short" page about my current setup. Latest update was 2020-11-03.

To be more exact, my HomeLab consists out of multiple HomeLabs – three, to be precise. Starting with the most boring one…

This is a Dell PowerEdge R730 hosted in Germany, Nuernberg in a datacenter at Hetzner Online GmbH. As this is a rented server, no picture is available – you could search for the server model in a search engine of your choice… but it looks like how a server looks like.

Purpose: As the server runs in a datacenter, this server mostly only runs services which should be publicly accessible – like my mailserver, webserver (where also this website runs on), Nextcloud instance, etc.

Due to lack of space and possibilities wiring every single corner of the appartment (hi landlord!), the HomeLab is placed on my desk just next to me. Therefore it really needs to be as quiet as possible – otherwise I might drive crazy at some point.

Probably the most interesting bits:

If someone cares, some pictures: 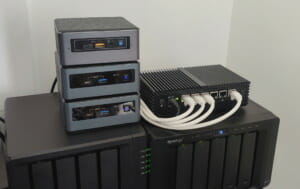 This might be the longest bit. It started with a HPE MicroServer Gen8… and somehow… it escalated quickly. Make a new coffee before you continue reading, might take a while!

So… where do we start…

Network-wise:
Beside the hardware-wise isolation (Core/SAN), there are also about 15 VLANs across all switches to isolate various workloads from each other.

And in case you’re wondering: Yes, that are 2x Philips Hue Light Strips. Because of reasons.

Also, here are some pictures: 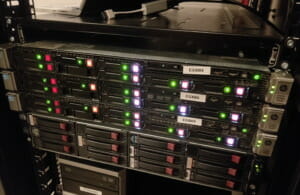 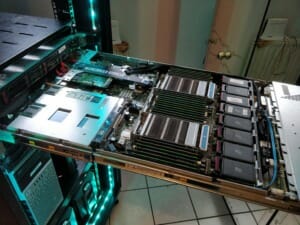 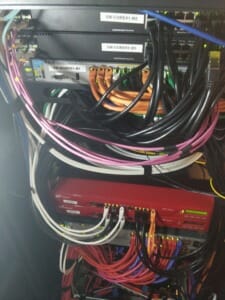 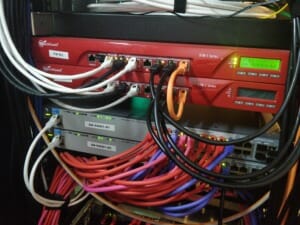 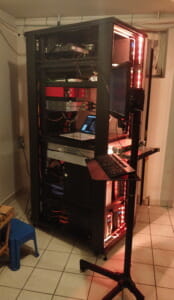 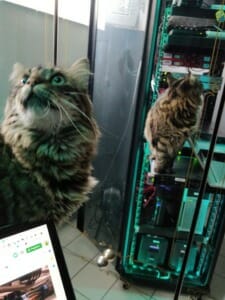 Sorry to disturb you with such annoying messages, but the law requires it. This site uses cookies. Yeah, what a shock. Continue using this site means that you can life fine together with cookies.OkayRead more