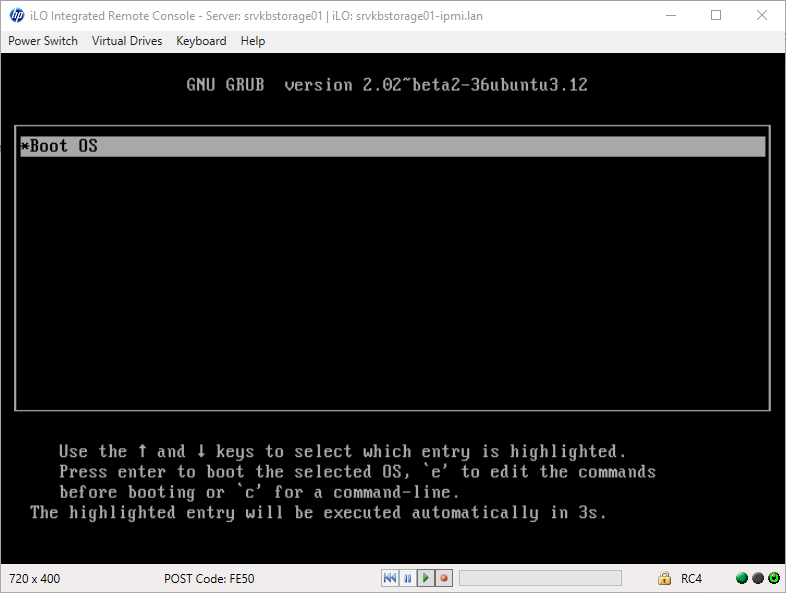 Since more than a year I’m running FreeNAS on a dedicated HPE ML310e v2 Gen8 machine in my HomeLab as my main storage, mainly as a iSCSI server for my VMware ESXi nodes. However when building this specific setup, I’ve came across a limitation from the BIOS: Just like the HPE MicroServer Gen8 the ML310e v2-tower is only able to boot from the first attached SATA device. So when the system disk is not detected as the first disk or once the first boot device fails (partially), the FreeNAS machine can’t boot up anymore. Not something I was pretty happy about, specially because FreeNAS runs on small mirrored SSD drives.

Time to get a workaround in place to get across this limitations. However one important aspect was to keep FreeNAS untouched, to prevent that something breaks after future updates. After a lot of research and hardware reboots I was able to come up with a working solution for me…

I’ve put the smallest sdcard in the integrated card reader I was able to find and installed a custom grub bootloader on this (from now on) primary boot device. The procedure is as following:

Even when the GRUB configuration looks pretty simple, it took me days to finally figure out the correct, working configuration which is also able to look through ZFS volumes:

Resources which helped a lot:

May I introduce my self? I am Patrik Kernstock, 25 years old, perfectionist, born in Austria and living in Ireland, Cork. Me explained in short: Tech- and security enthusiast, series & movies junky. Interesting in Linux, Container-stuff and many software solutions by Microsoft, Veeam and VMware.

wpDiscuz
0
0
Would love your thoughts, please comment.x
()
x
| Reply
Sorry to disturb you with such annoying messages, but the law requires it. This site uses cookies. Yeah, what a shock. Continue using this site means that you can life fine together with cookies.OkayRead more